80% covered by desert, Botswana sorely relies on a handful of water sources to spring life into its vast stretches of wilderness.

The Boteti River is one of these vital arteries, born from the outflow of the Okavango Delta, running southeast of Maun then south of the Magkadigkadi Pans before heading east again towards Ntwetwe Pan. One of the only remaining natural water sources for hundreds of kilometres south and east of the Okavango Delta in dry season, the Boteti River is a lifesaver to an entire ecosystem and attracts an exceptional wildlife density from the pans and the Central Kalahari desert as soon as these regions receive their last drop of rain every year.

The Makgadikgadi is a place of wide-open, uninhabited spaces under an endless canopy of blue sky. The remoteness, inaccessibility and danger of the pans all add to their allure.

It is a vast expanse filled with subtle hues and surrealistic beauty. Almost the size of Portugal, the pan covers 12 000 square kilometres and is the largest saltpan in the world. The pan is only a portion of what used to be one of the largest inland lakes in Africa.

During the heat of the late winter day, the pans become a shimmering mirage of disorienting and ethereal austerity. The large number of small villages and the small stone age tools and other artefacts that can be found scattered around the islands (for example on Kubu Island), all point to the fact that the Makgadikgadi Pans have supported human habitation, and their livestock, for a very long time. At one time the Makgadikgadi Pans were important as a major trade route.

In September large herds of antelope, zebra and wildebeest roam the dusty plains awaiting the first rains. On their arrival the waters turn the pans into a perfect mirror of the sky, distorting all sense of place and time. Although these rains are short-lived, in December another deluge turns the edges of the vast pans into waving fringes of green grassland where herds of wildlife converge to partake in the bounty.

Flocks of birds arrive to build their nests along the shoreline of the Nata River, in Sua Pan and feed on algae and crustaceans that have been lying dormant in the salt and sand awaiting the drenching rains. 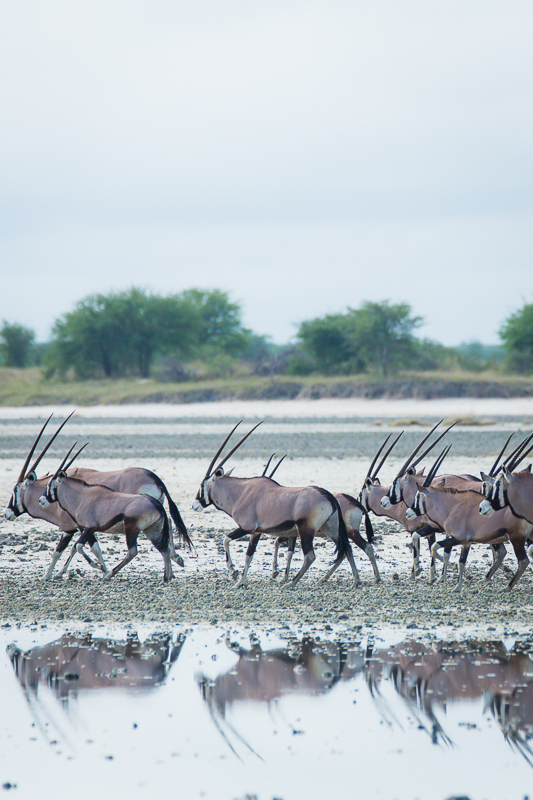 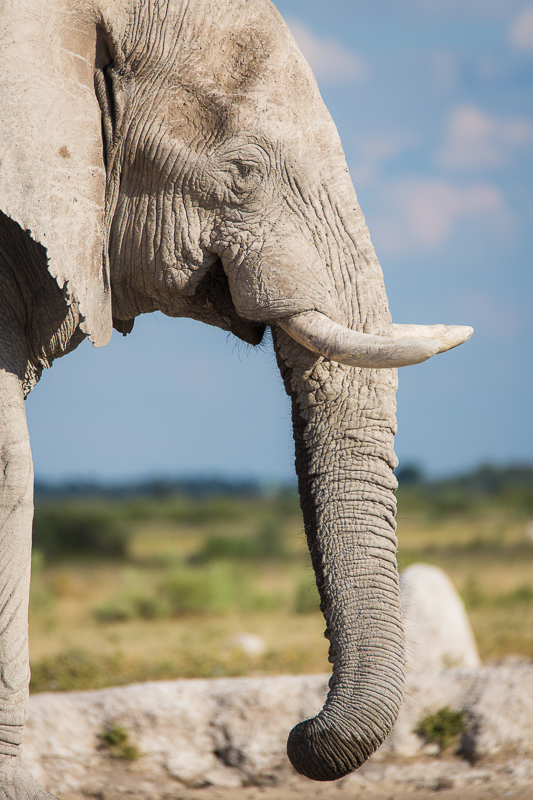 Nxai Pan Nationalpark is set on the northern fringe of the Makgadikgadi basin and includes Nxai Pan, an ancient lakebed that was once part of the ancient Lake Makgadikgadi. Nxai Pan, Lake Ngami, Lake Xau, the Mababe Depression, Ntwetwe Pan, Sua Pan and the Okavango Delta are all remnants of this gigantic lake.

When Nxai Pan National Park was first proclaimed in the 1970's it was only 1 676 square kilometres. In 1992 it was declared a national park and enlarged to an area of 2 578 square kilometres, which includes Baines' Baobabs.

Nxai Pan National Park consists mainly of a series of fossil pans, all of which are covered in short nutritious grasses. On the pans are "islands" of Acacia trees that form shady spots in which the animals often rest during the day. Today Nxai Pan consists mainly of rich, clayey soils and very thick sand dunes on the periphery of the pan. This makes for beautiful scenery and is unique to Nxai Pan. The short, sweet grasses on the pans provide excellent grazing, particularly for the springbok, which is almost always abundant in this area.

Interestingly, both impala and springbok can be seen in this park, whereas they are usually separated by different habitat preferences. Although the habitat is more suitable for springbok, the Impala can survive because of the surrounding mopane veld and the availability of permanent water.

The area is also the breeding ground for large herds of zebra, wildebeest, gemsbok, and eland. Unusual game species that can be seen here are the hartebeest, bat-eared fox, brown hyena, and cheetah. Note that the game viewing can be rather unpredictable in Nxai Pan, especially during the dry season. 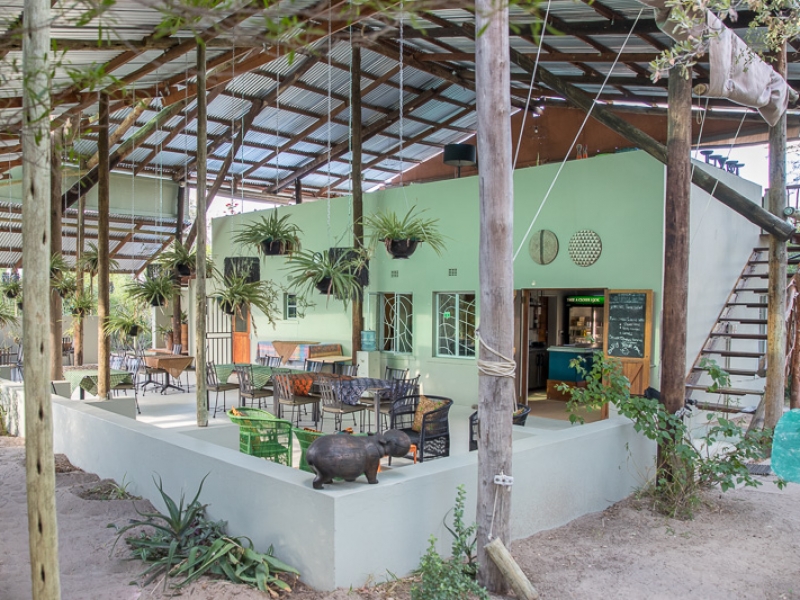 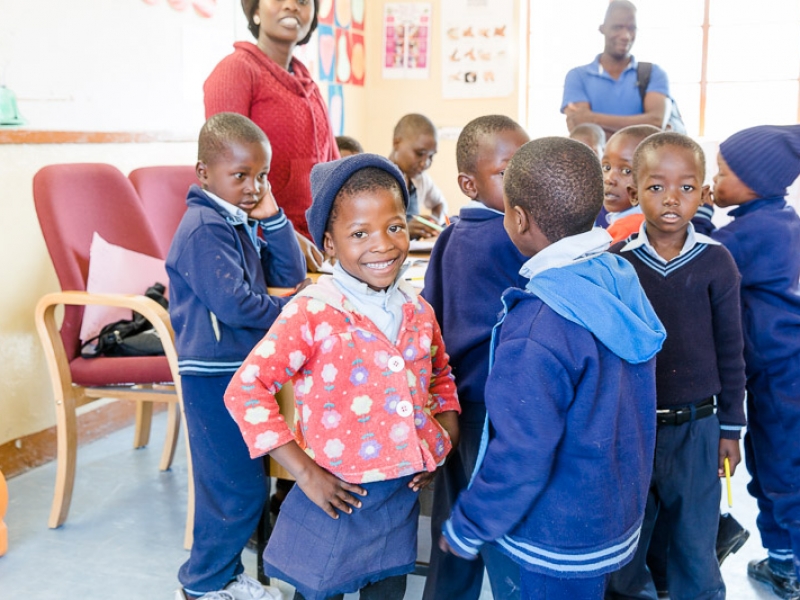 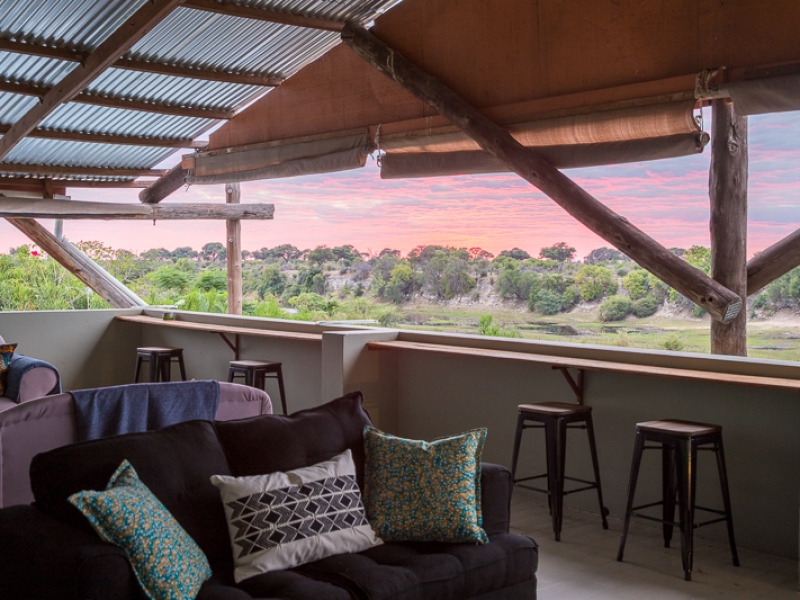